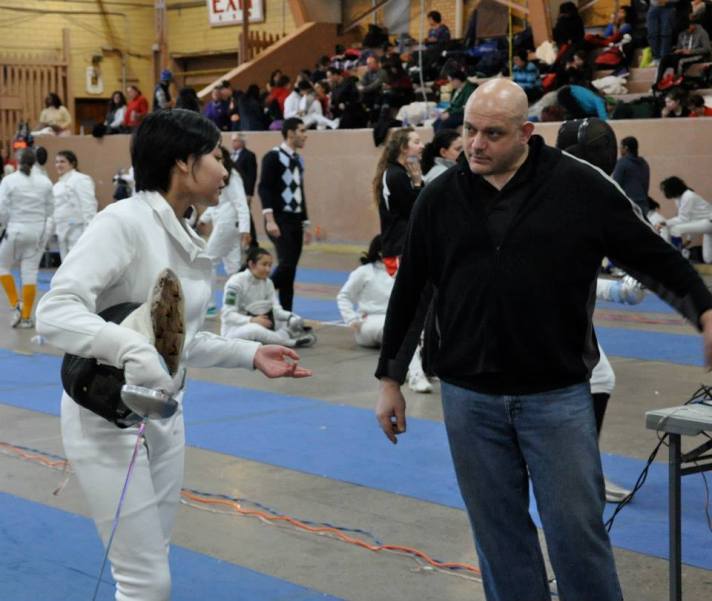 Coach Blanchard has been a competitive fencer for over 20 years.

He began fencing foil competitively in Portland Oregon at the Studio of American Fencing, studying under Len Carnighan in 1995. After moving to Princeton in 1998 he started training at the Princeton YMCA in 2004 under coach Charles Hurley.

He started coaching the Princeton High School Team in 2012 after being asked to assist them team by fencers from the YMCA. He began training for his USFCA certifications in 2017 under Coach Hurley.

Based on the program at Princeton High School he founded Princeton Interscholastic Fencing as a USFA club to support additional educational fencing programs in the Princeton School district. Starting with the Princeton Charter School in 2018.

Coach Blanchard has been hired to coach at Bucks County Academy of Fencing starting in April 2018.